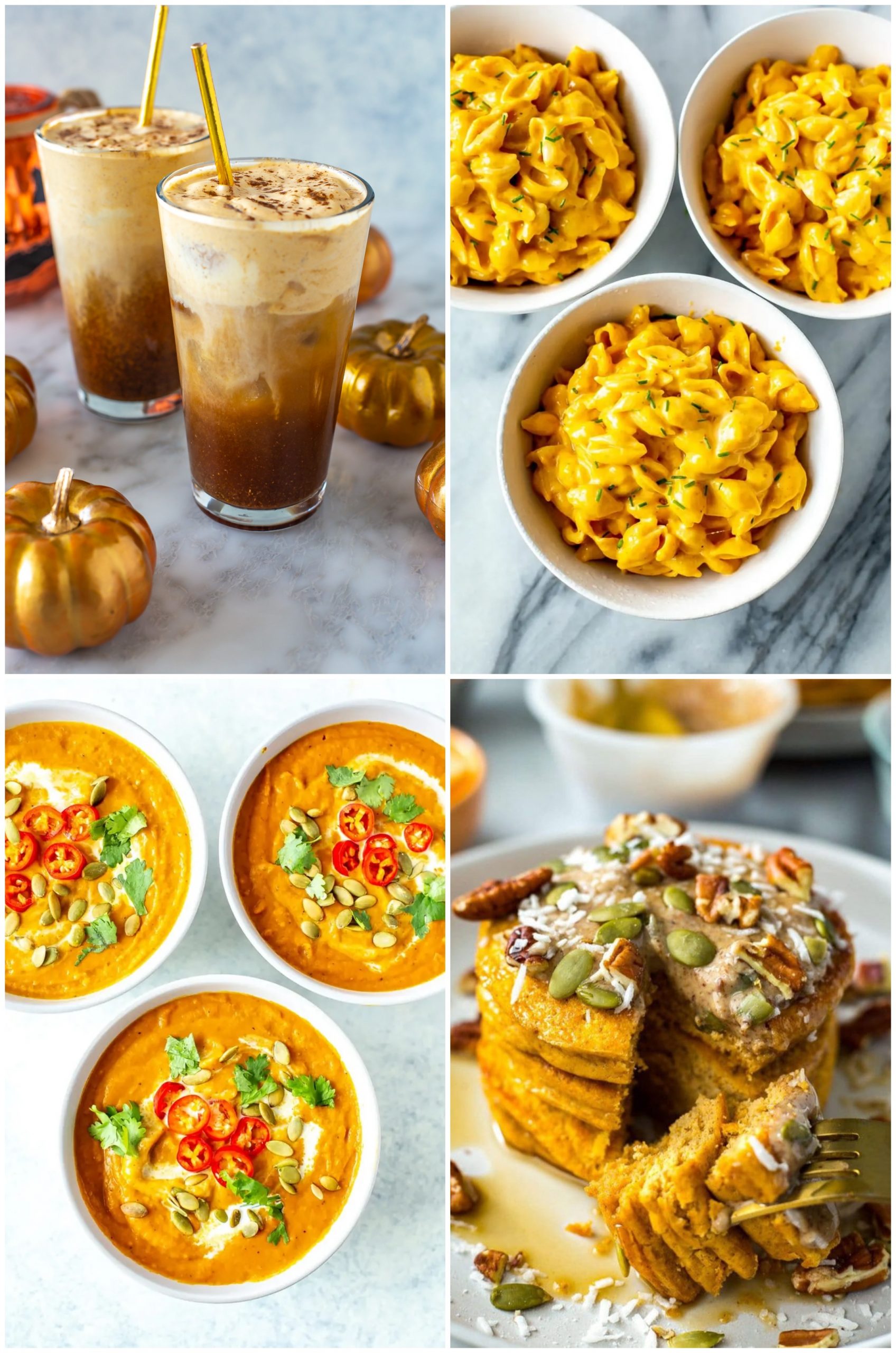 There are so many pumpkin recipes available online, it can sometimes be difficult to know which ones to try first. To make things as easy as possible for you, we've narrowed down the list to include just the healthy pumpkin recipes!

These healthy pumpkin recipes have been organized into breakfast, dinner, healthy dessert and snack categories so whatever type of pumpkin recipe you're wanting to try first, you'll find it in this round up of fall flavours! Everything from Pumpkin Spice protein bars and pumpkin bread to pumpkin soups, curries and pasta – it's such a versatile, healthy ingredient that can be used in just about anything!

These healthy pumpkin recipes use mostly canned pumpkin puree as well so rest assured that they are also super easy to make – we are used to seeing pumpkin used mainly in sweeter recipes like pancakes, oatmeal, pumpkin bread and pumpkin pie but it can also be a way to boost flavour in savoury recipes while adding an extra nutritional component.

One of my favourite ways to enjoy pumpkin is in fall pastas with delicious sage and garlic – it even helps to cut calories and put a lighter spin on the traditional alfredo sauce. Keep scrolling to find some pumpkin stuffed shells and pumpkin alfredo. You just can't go wrong with these delicious pumpkin recipes! 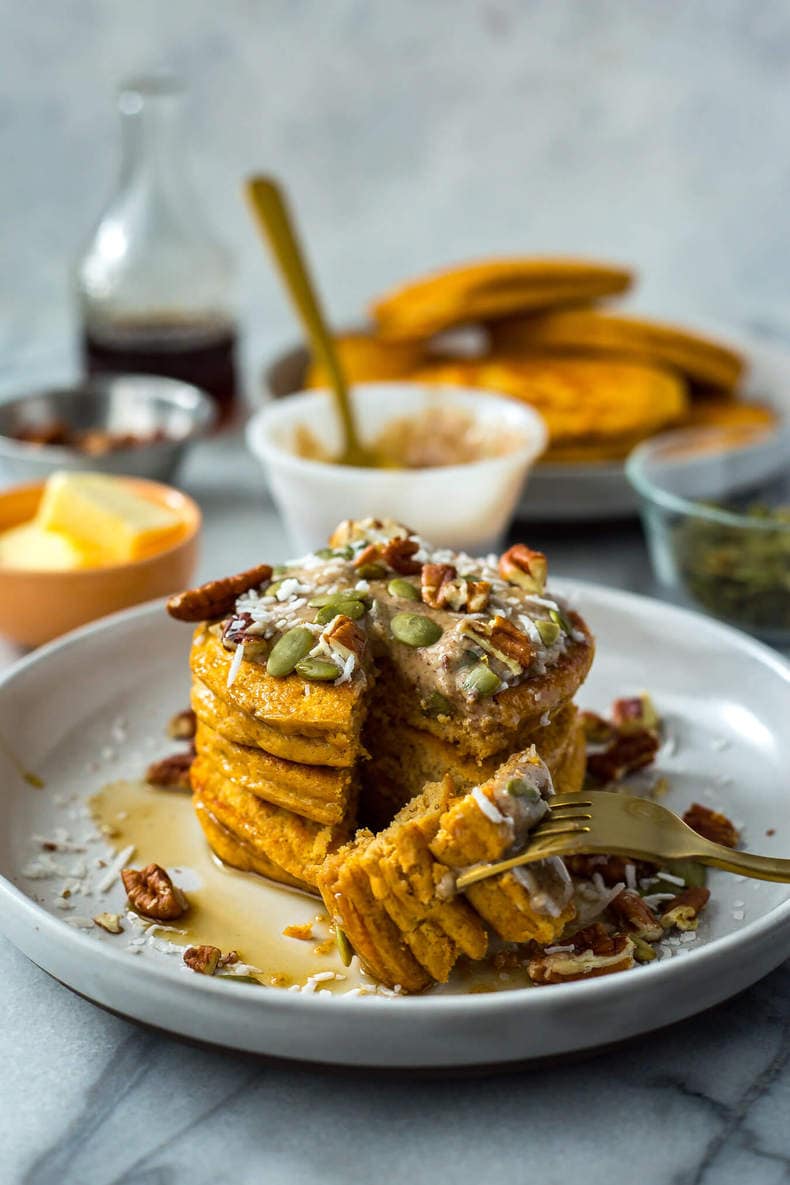 5 Ingredient Pumpkin Protein Pancakes via The Girl on Bloor 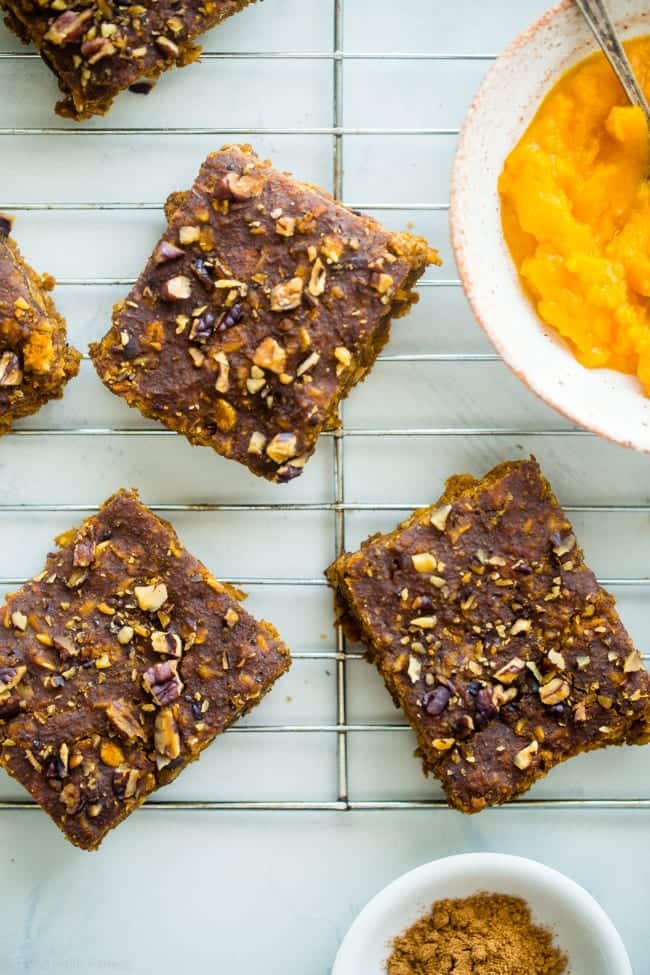 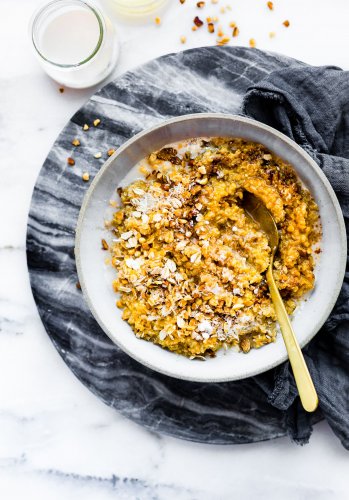 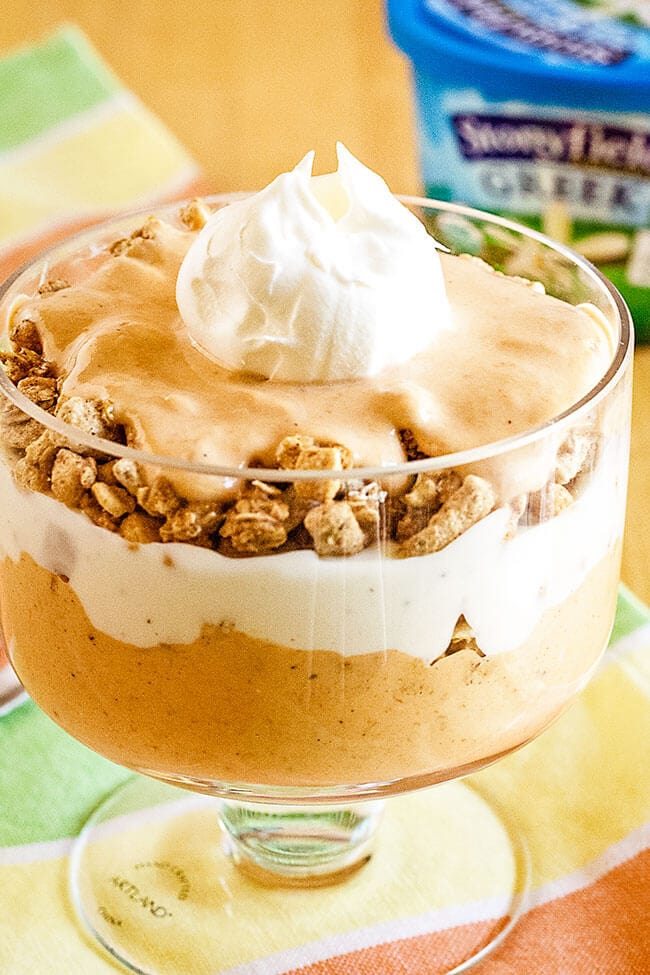 Pumpkin Yogurt Parfait via It's Yummi 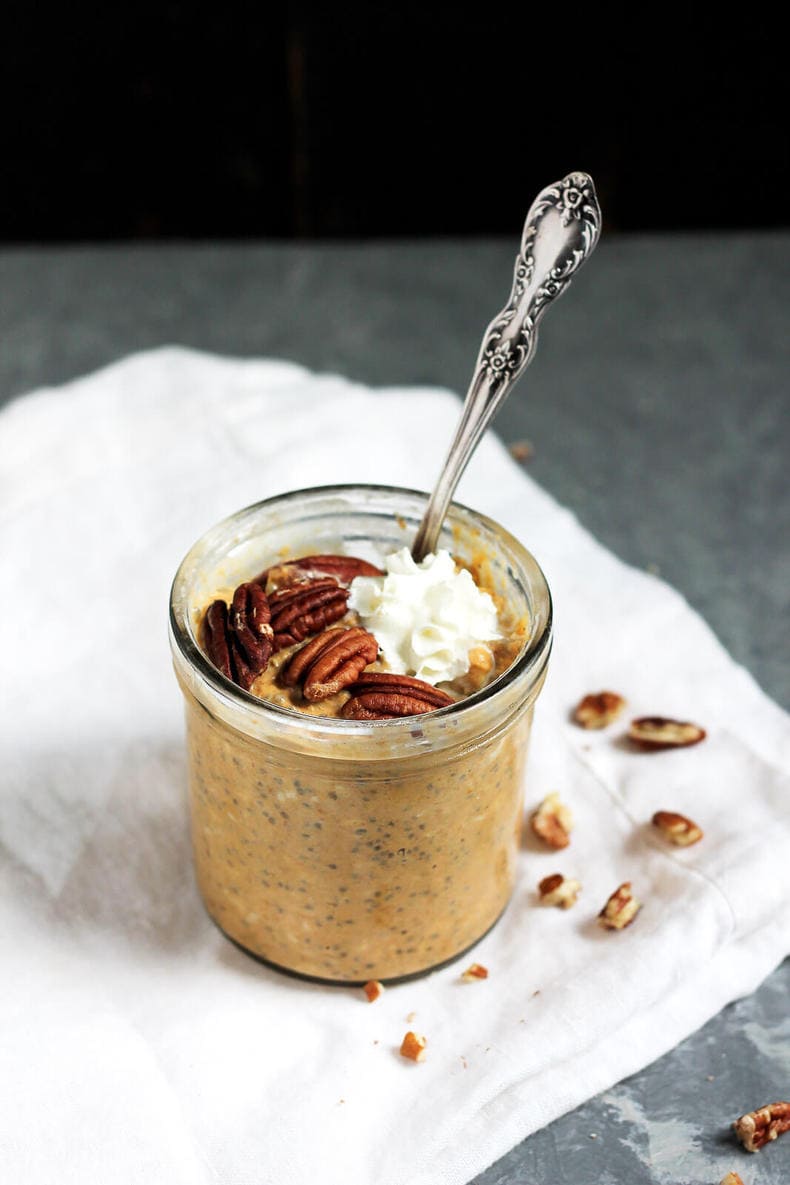 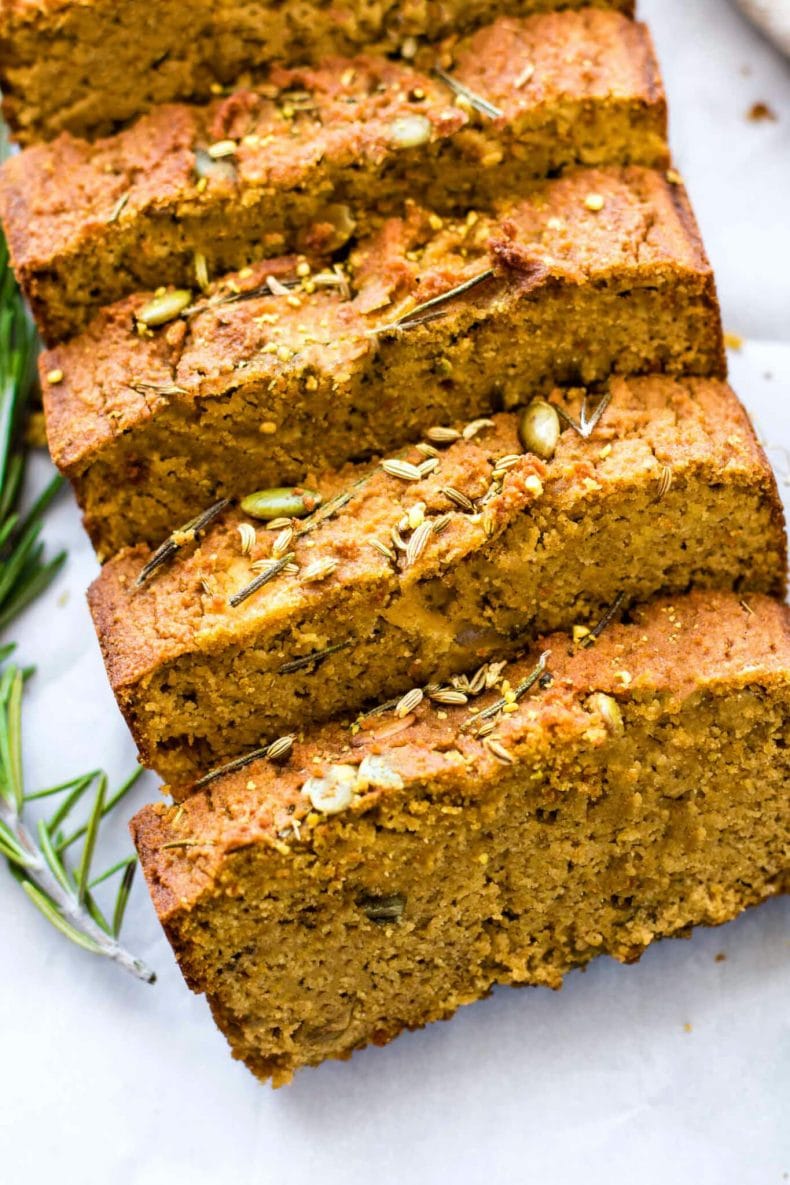 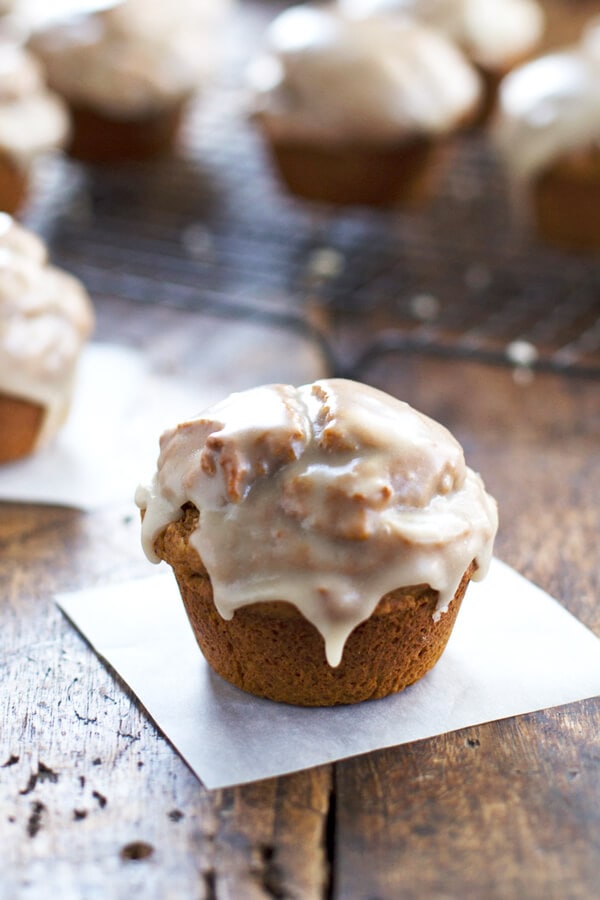 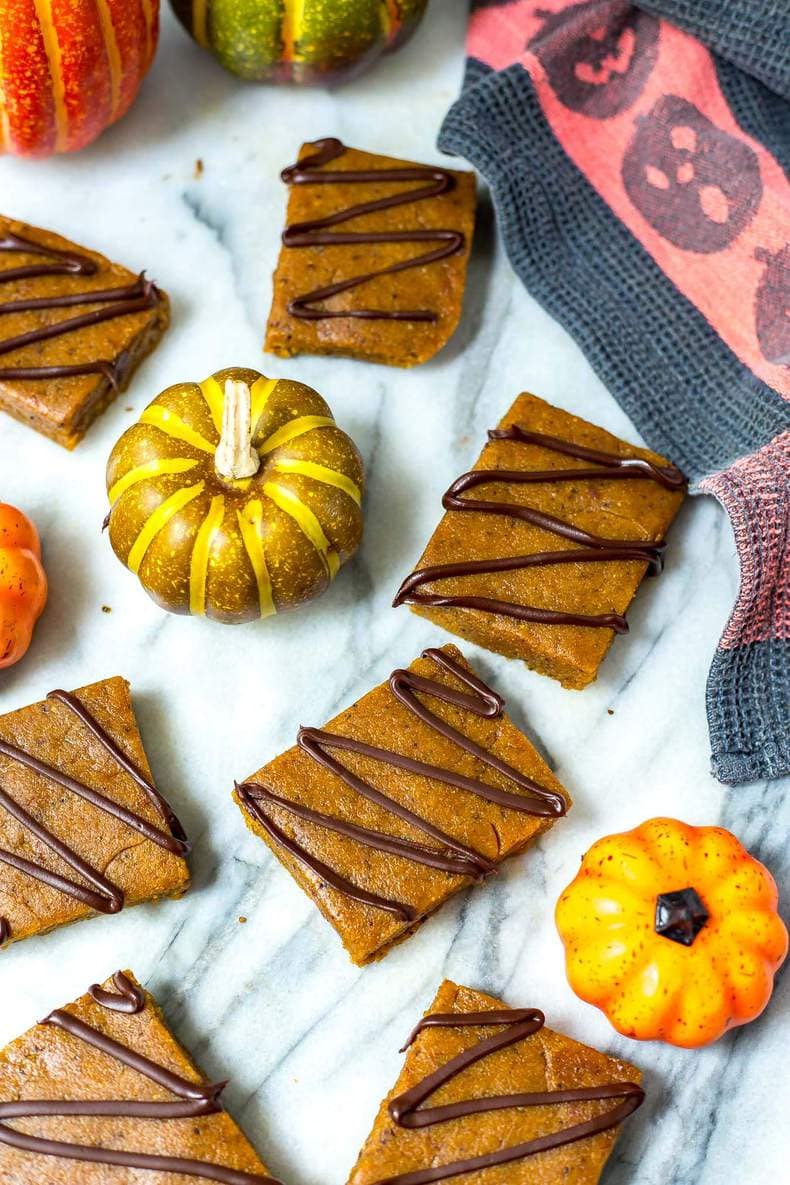 Pumpkin Spice Latte Protein Bars via The Girl on Bloor 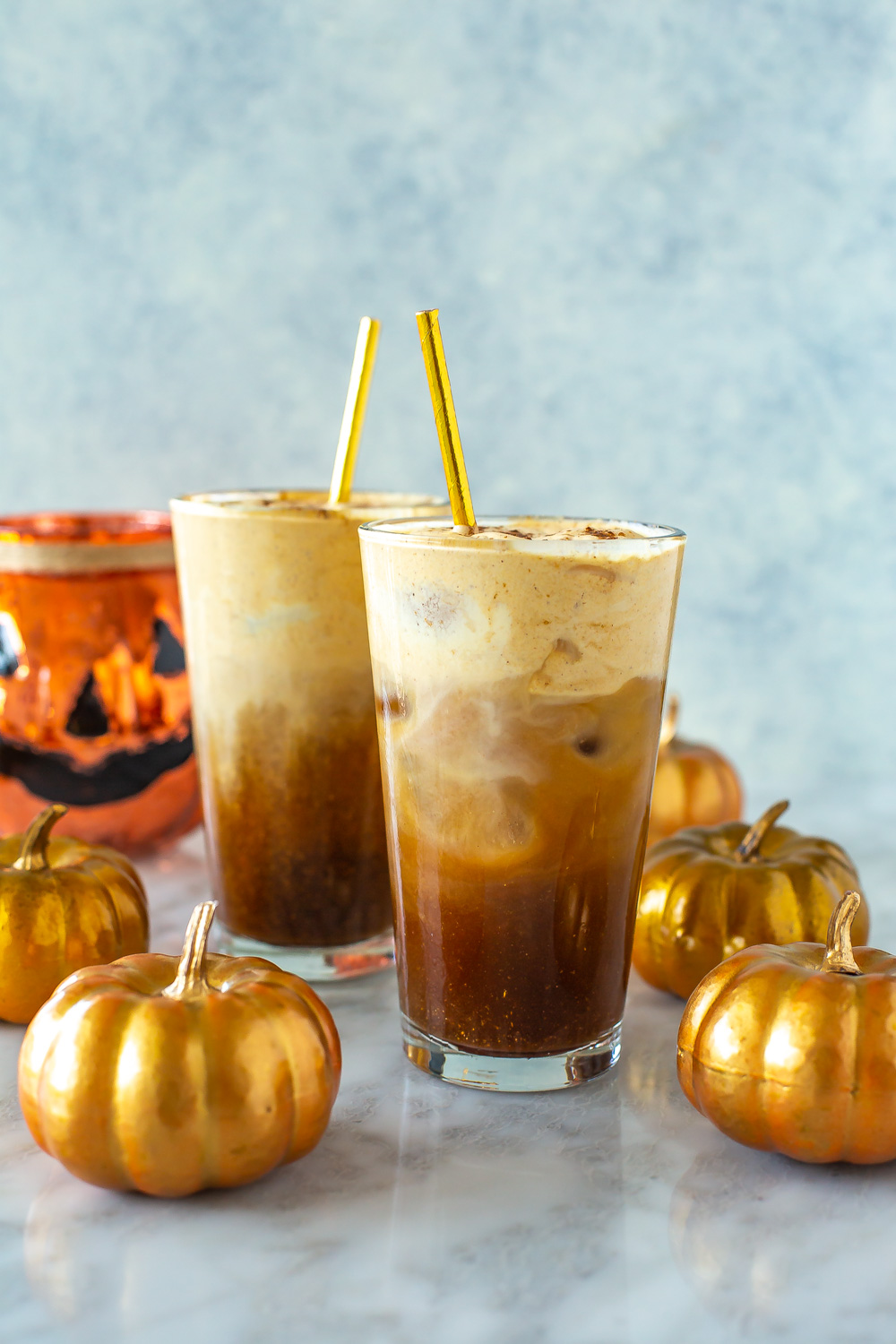 Pumpkin Cream Cold Brew via The Girl on Bloor 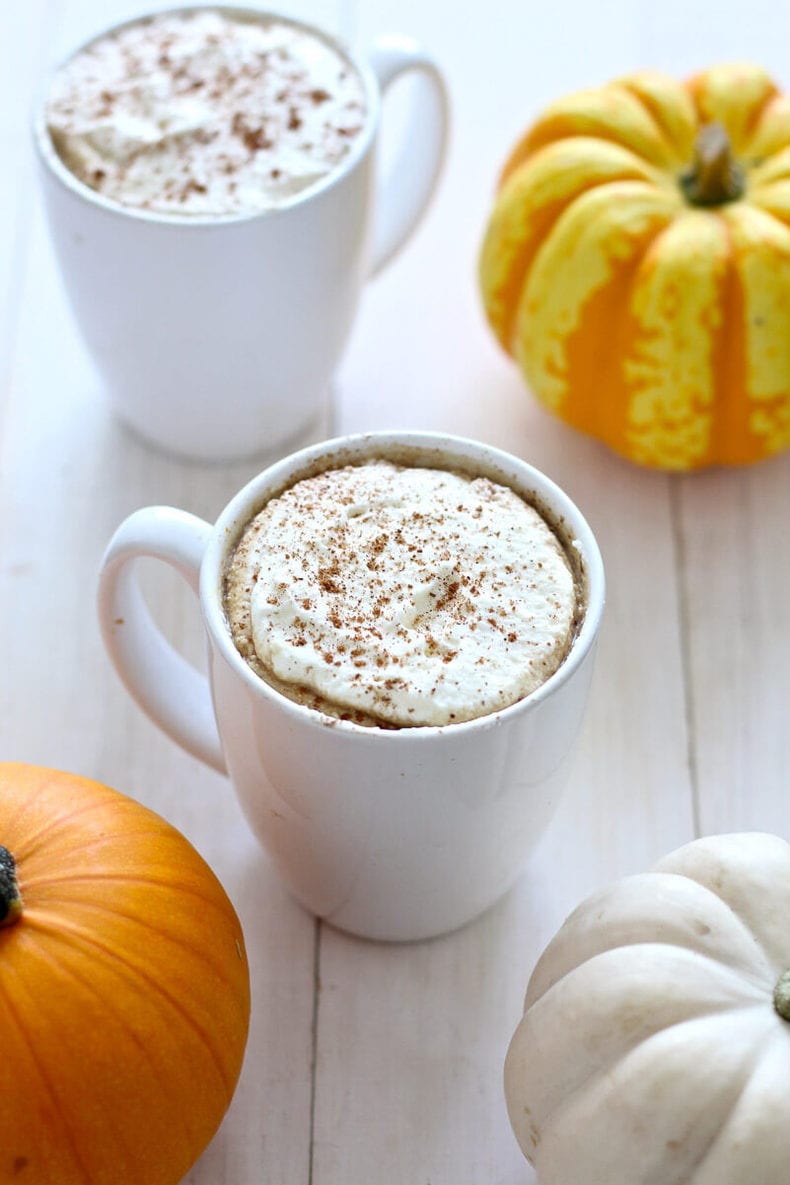 Pumpkin Spice Lattes via The Girl on Bloor

Pumpkin Frappuccinos via The Girl on Bloor

Pumpkin Mac and Cheese via The Girl on Bloor 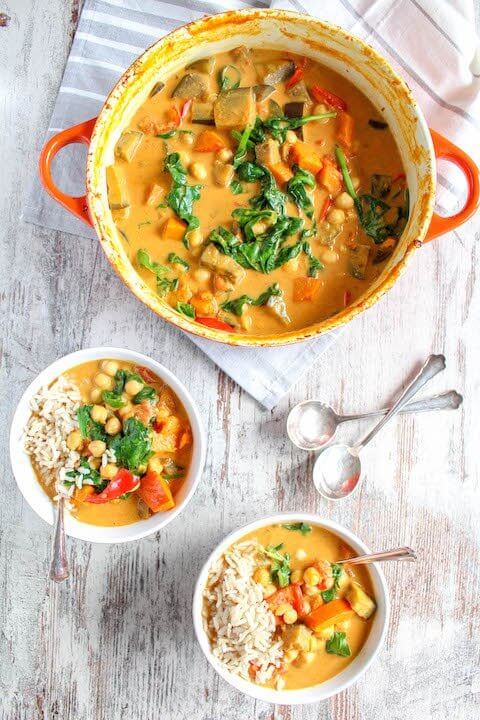 One Pot Eggplant, Pumpkin and Chickpea curry via Heavenlynn Healthy

Pumpkin Curry Soup via The Girl on Bloor 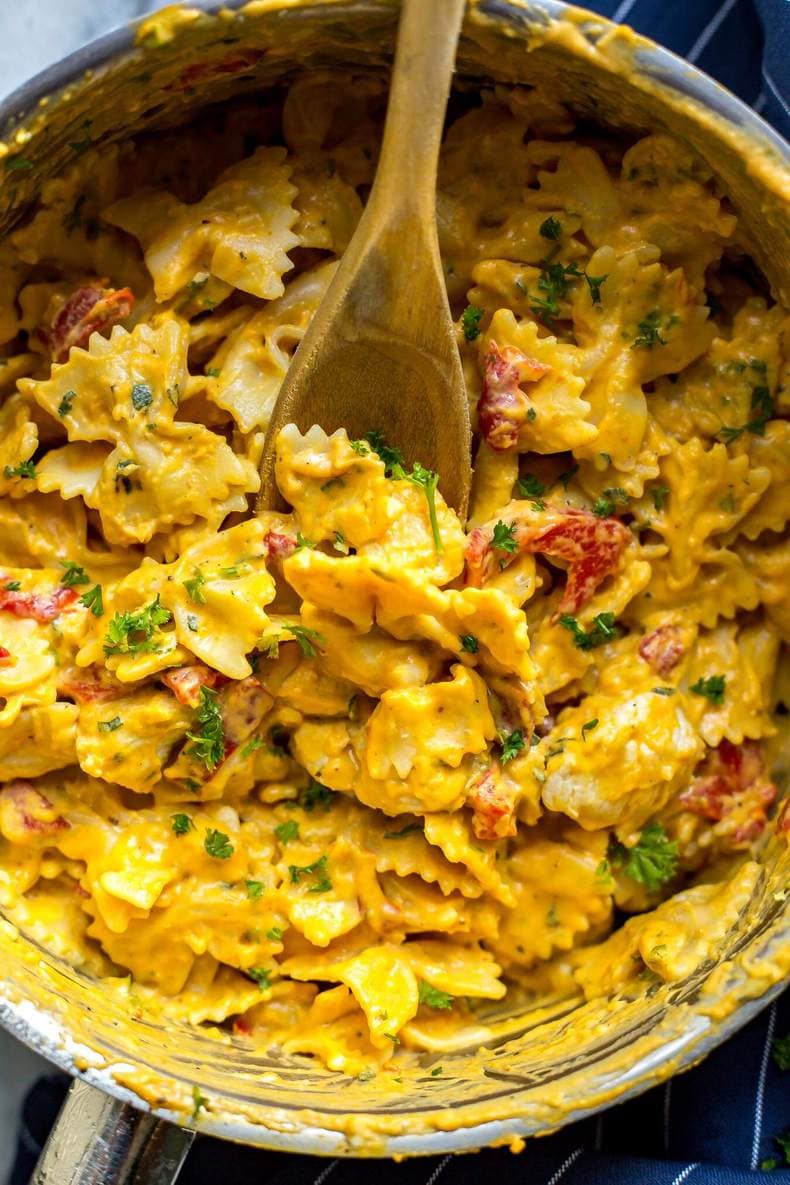 Healthy One Pot Pumpkin Chicken Alfredo via The Girl on Bloor 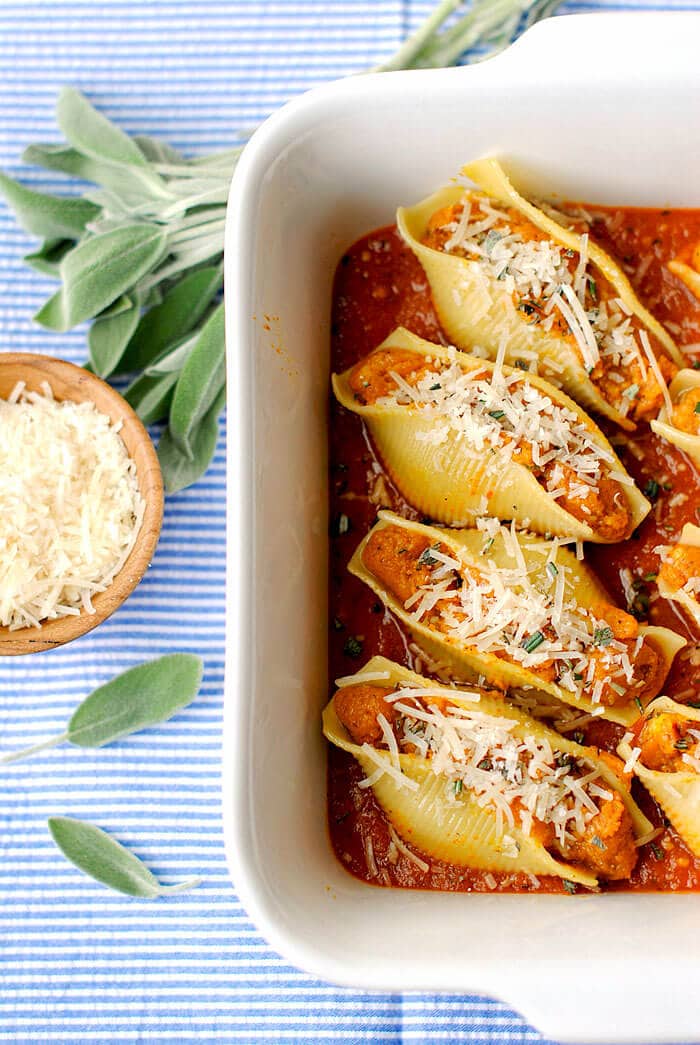 Stuffed Shells with Pumpkin and Sage via Eat Yourself Skinny 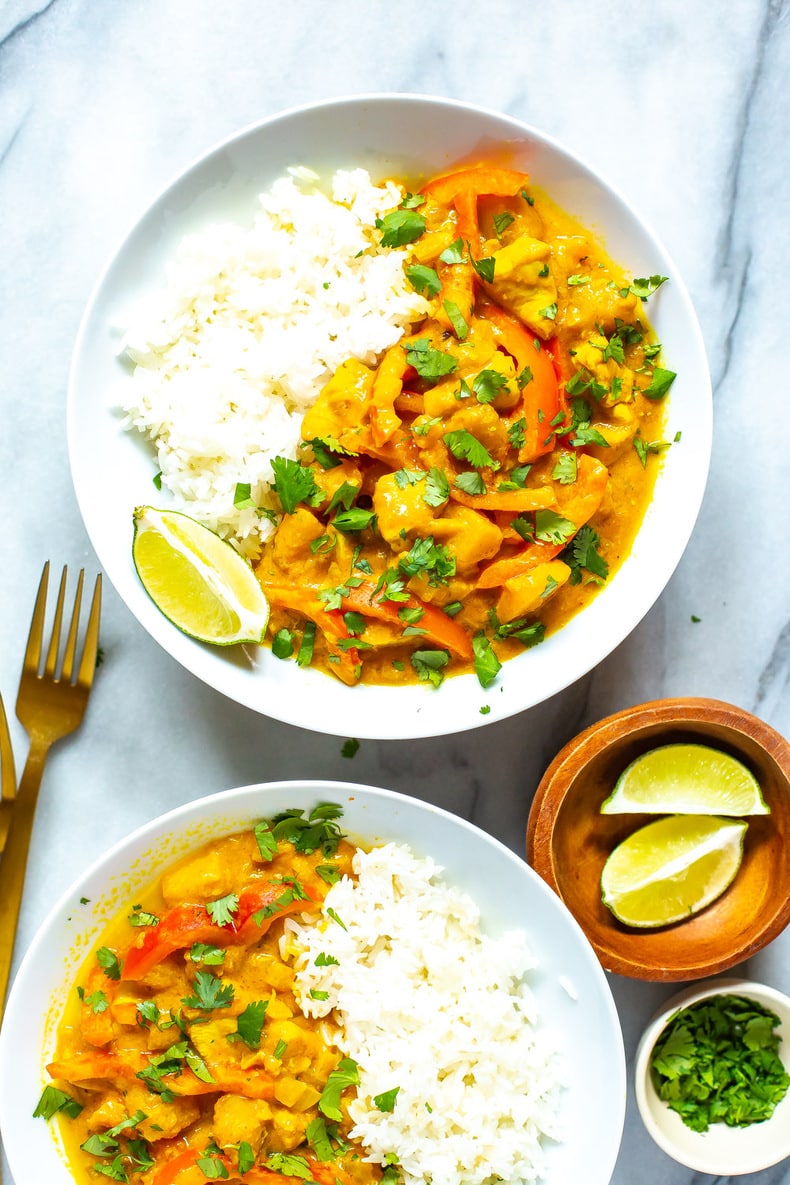 Thai Pumpkin Chicken Curry via The Girl on Bloor 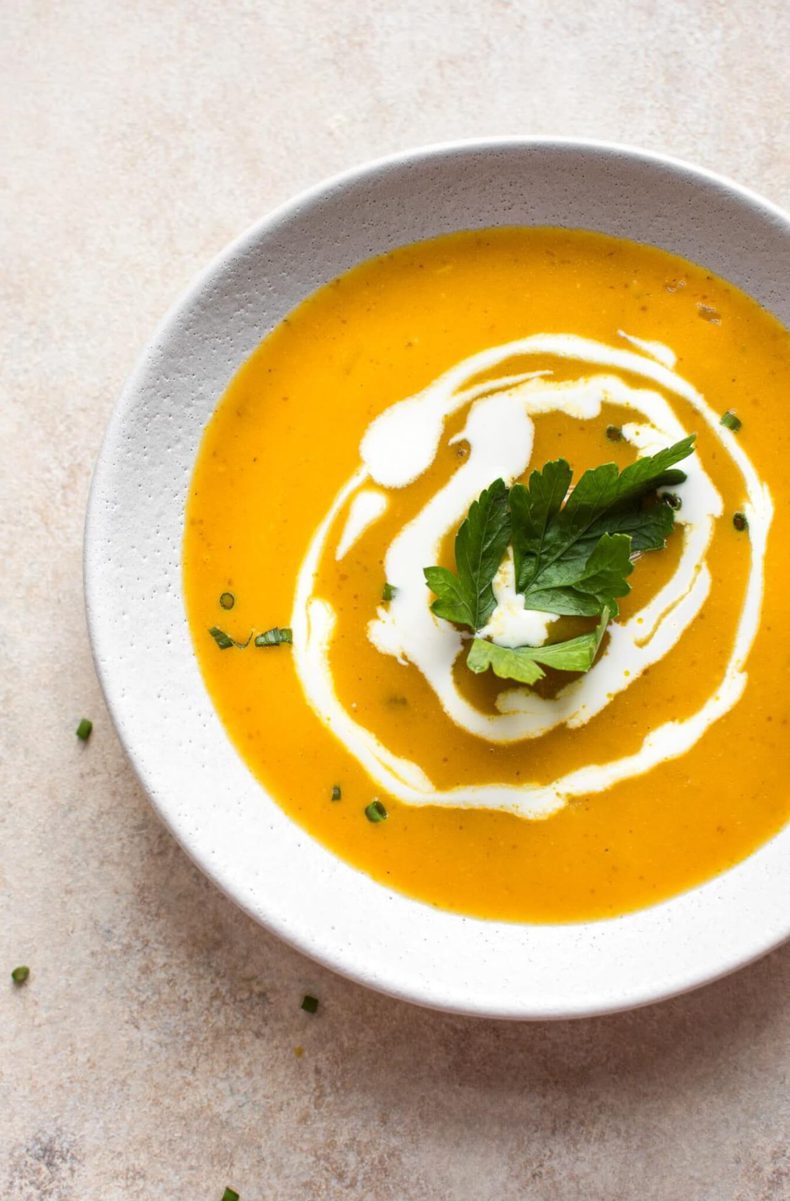 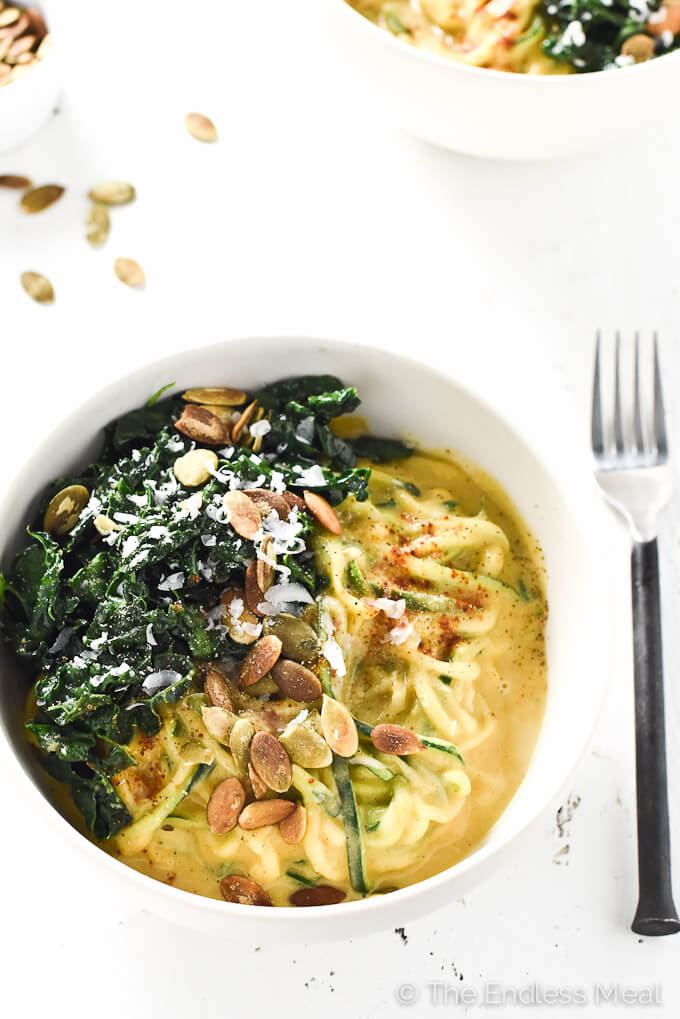 Healthy Pumpkin Alfredo with Wilted Kale via The Endless Meal 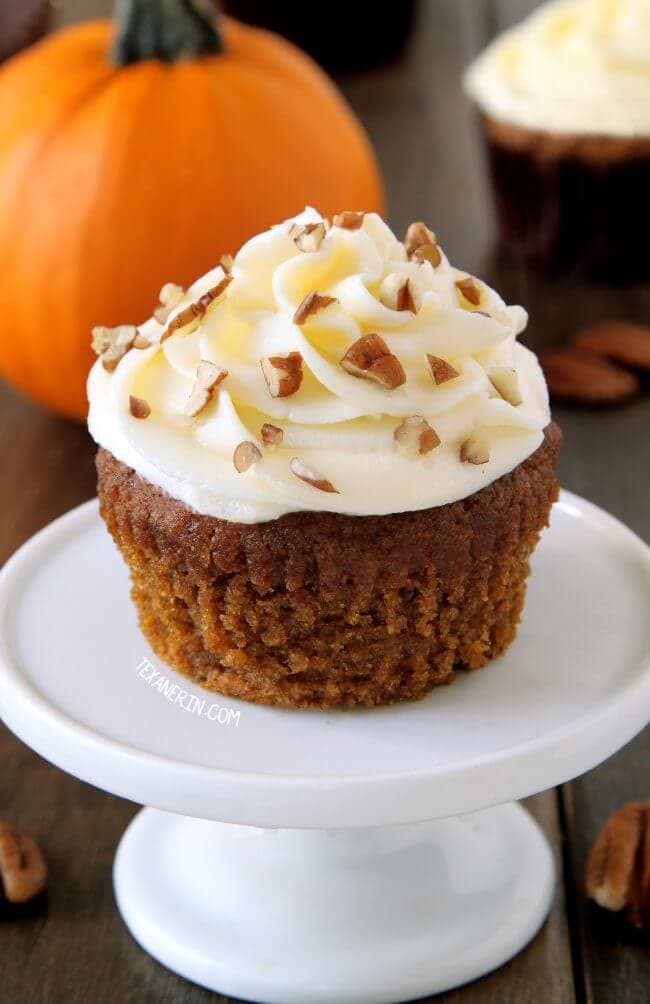 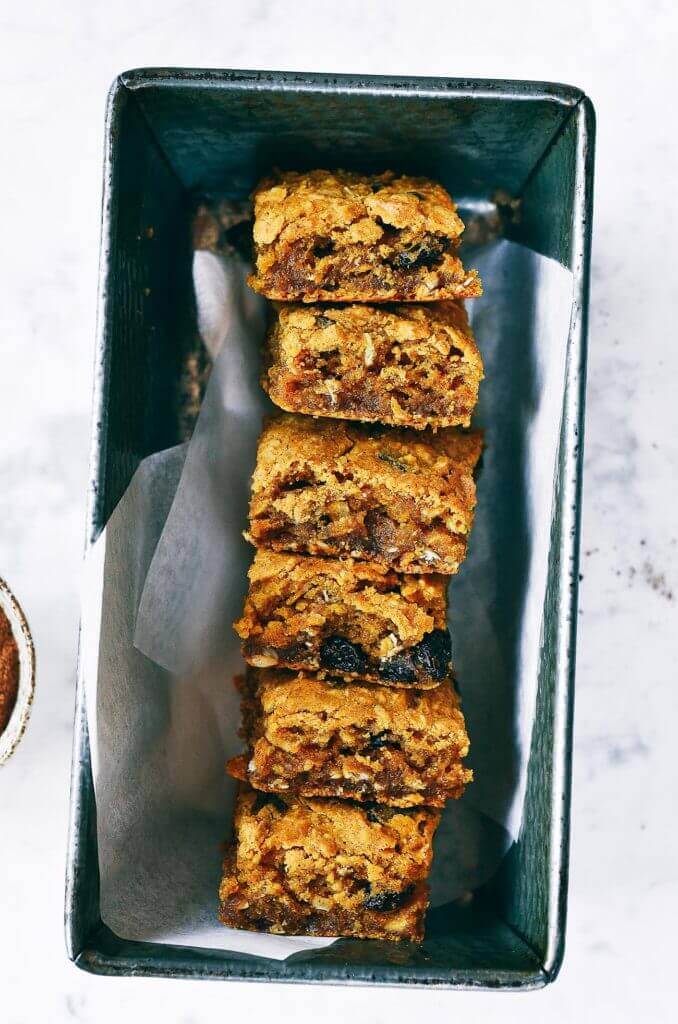