These Healthy Chicken Tikka Masala Rice Bowls are a delicious one pot dinner idea that comes together with pantry staples. 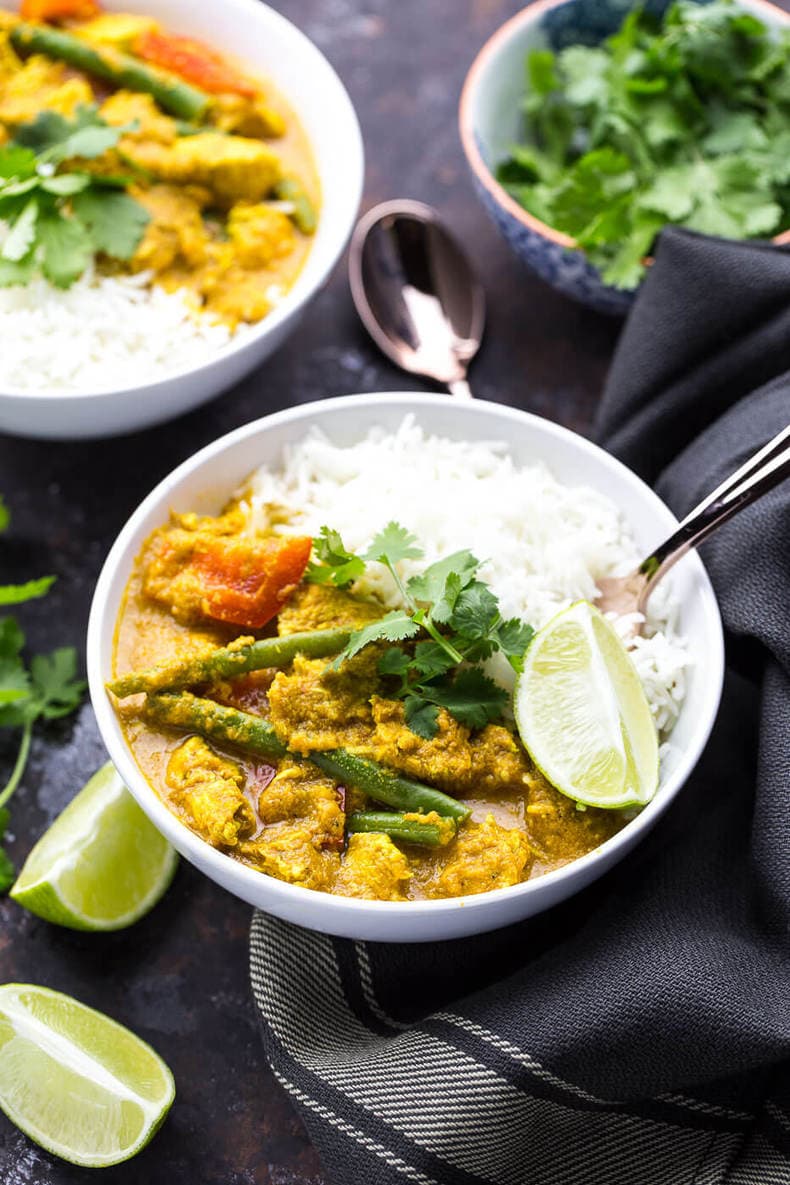 OMG I am all about that bowl life right now, apparently! Be prepared for lots and lots of healthy bowls coming to the blog this year. They are literally the best kind of meal.?

And yes, I have *healthified* Chicken Tikka Masala thank you very much.

All I've really done is add some extra veg to one of my fave Indian-inspired one pot meals. But come on, it's much healthier.

Your waistline and your tastebuds will surely thank me in unison. And maybe your wallet too, especially if you really love Indian food but you don't know how to make it yourself. 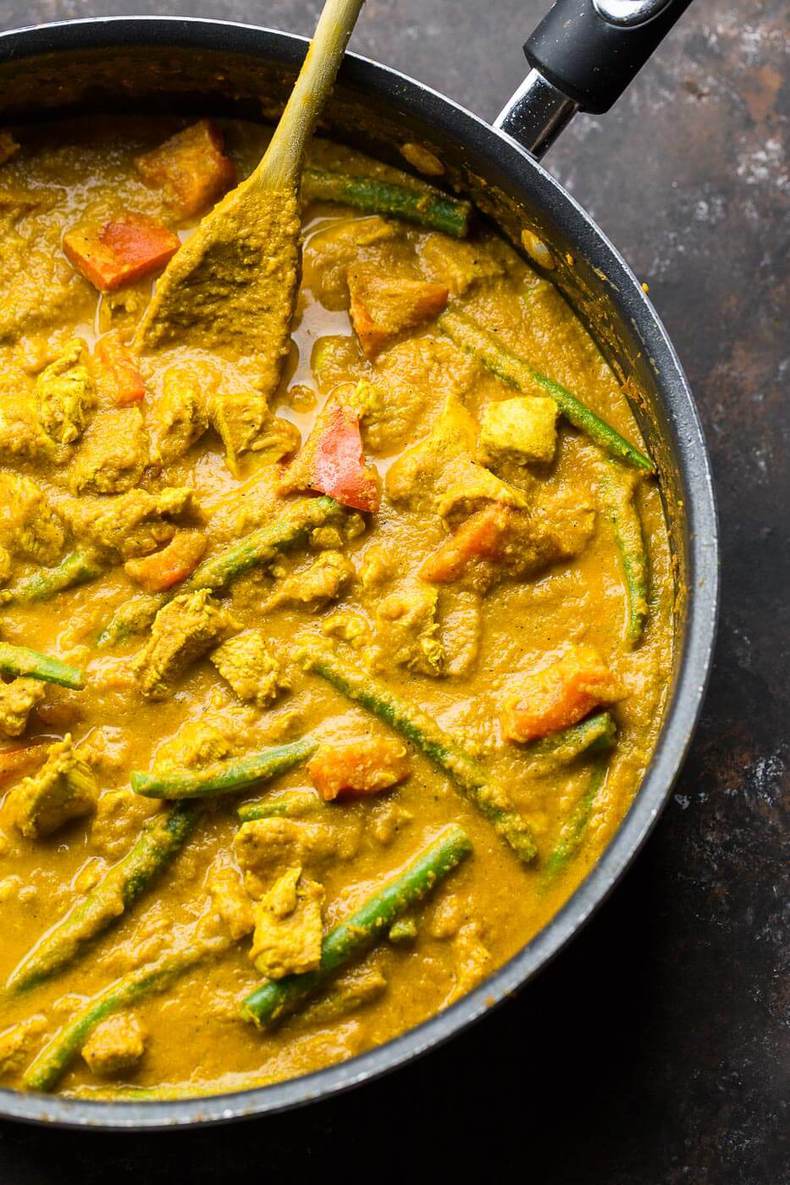 You could technically also make this recipe in a slow cooker. My mom makes this incredible slow cooker butter chicken recipe by Canadian Living and it really is the ultimate comfort food.

We pair it with a savoury curried cauliflower and potato scramble called Aloo Gobi and then sometimes, on special occasions, we also pick up some fried vegetable fritters called Pakoras from our local Indian takeout place or the health foods store Goodness Me.

We literally make a night of it, sipping wine and binge watching The Good Wife or Bloodline on Netflix. They're the kind of weeknights you actually look forward to and try to end work early for.

Me, end work early??Okay, that's a lie. I swear I always have good intentions though. 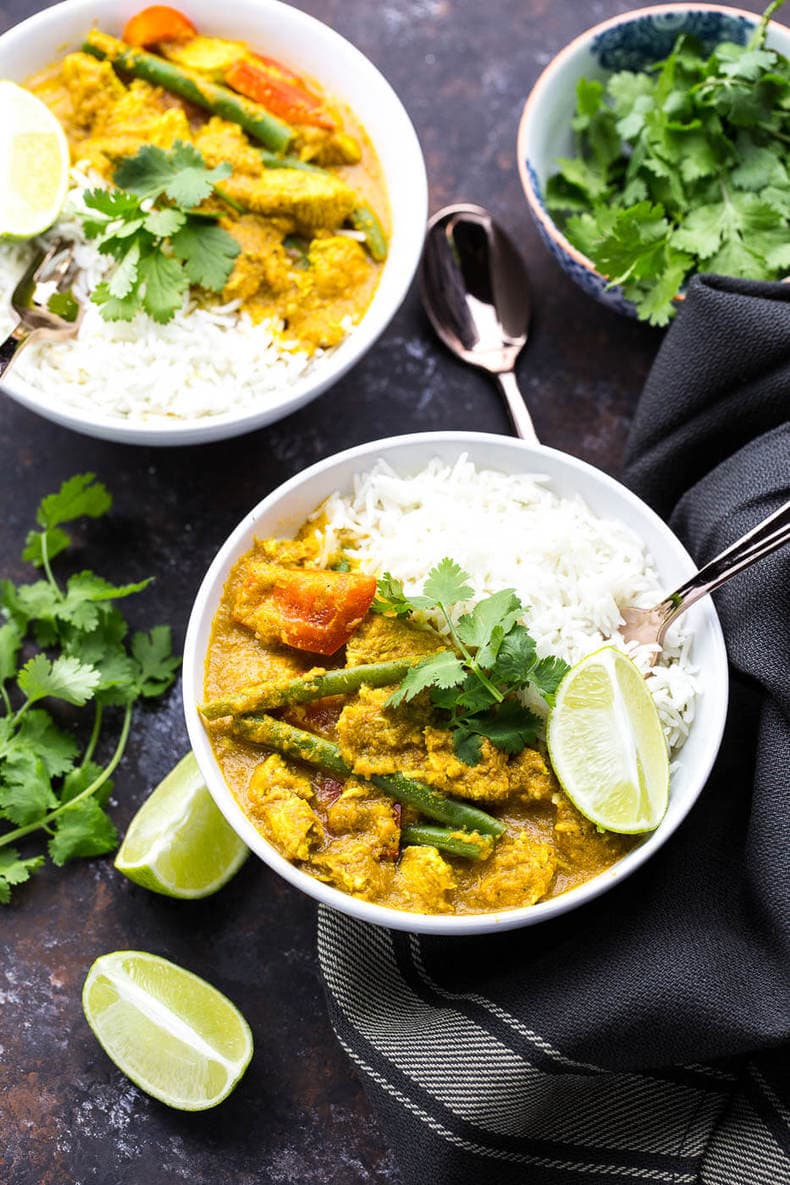 So what else do you need to know about this Chicken Tikka Masala recipe? Well, for one, Chicken Tikka Masala was largely made popular by the British as a play on Indian cuisine. You may see this recipe plastered all over Indian restaurant menus but it's not actually an authentically Indian dish like butter chicken is.

It's fairly similar in taste, however, and you get more tender, yogurt-marinated chicken along with a pop in flavour thanks to the garam masala (you can also sub in cardamom for the garam masala in this recipe). 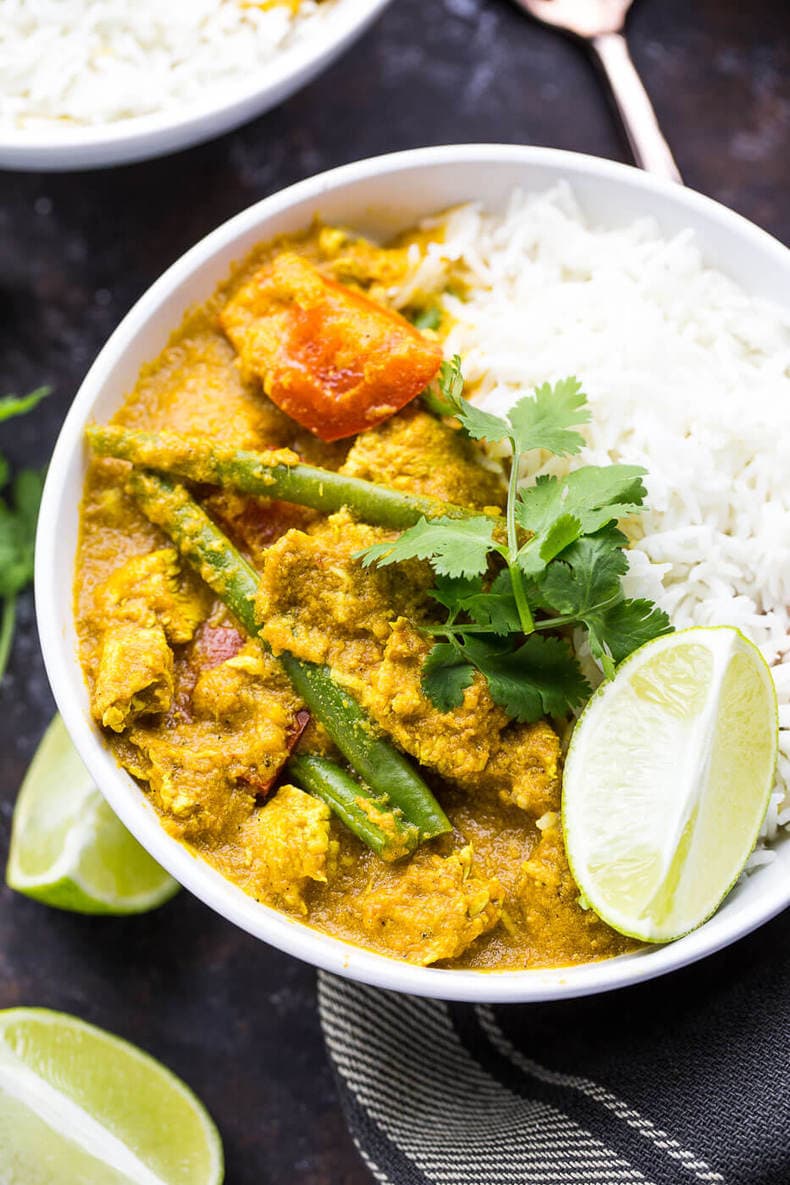 What I find kinda funny about Indian food though is that there aren't as many vegetables included in the curries themselves like you find in Thai curries and other Asian-inspired stir fries. Or maybe it's just the things I tend to order, like your traditional butter chicken. I do like a sizzling platter of tandoori chicken with peppers and onions though, so I guess maybe there are some veggies in there.

These Chicken Tikka Masala Rice Bowls are the perfect excuse to unload all the veggies from your fridge, much like many of my other bowl recipes. I swear, they really aren't just dumping grounds for veggies. Is it weird that I get excited by vegetables? Okay, fine, I admit, it's weird.?

And I know this recipe may seem like it's complicated and that there are a lot of steps, but it's really quite simple. And did I mention all the leftovers you'll have?! This makes one giant pot of Chicken Tikka Masala! 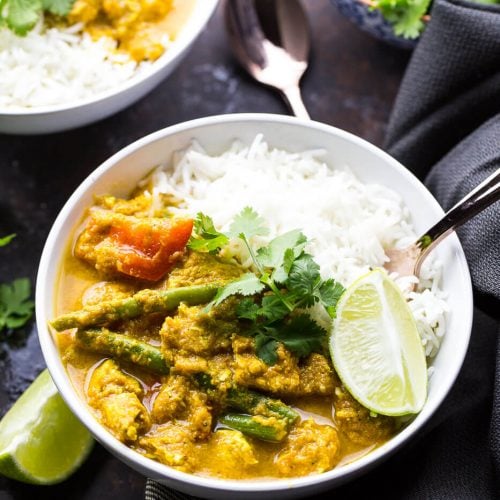